Thank you for believing in this project! I can’t wait to see you all on the leaderboards!

Tappy Lander is now available on the App Store for free!

In this video podcast, I discuss the ideas behind the game and the gameplay mechanics of Tappy Lander. You can see lots of gameplay in the video too. I’d love to hear your feedback! Enjoy!

Because I had worked out the controls before putting pencil to paper, the gameplay UI has not changed much throughout production.

The center circular button has been replaced with a thumb-shaped button because the controls need to bleed off the bottom of the screen to accommodate lots of different screen sizes. Also, there is no space between or around the buttons that allow you to see the background. Although the sketch suggests this, I felt it would be distracting. The control panel must feel like it is separated from the game completely. In fact, the top of the control panel acts like the bottom of the game screen. Other than that, the final is nearly identical to the sketch.

Like a classic coin-op arcade game, the control panel was to be at the bottom with the viewscreen above them. Vision-obscuring on-screen controls for touch interface games is a pet peeve of mine and this layout would ensure that no thumbs or fingers ever get in the way of the action.

The touch area for the three buttons extend all the way to the top of the screen and they are as wide as possible. The width and position of the buttons mean that you can control the game without looking at the buttons, removing the no-tactile-button problem which is a common stumbling block when making traditional games for touchscreen interfaces. The center button is skinnier than the others because you use the left and right buttons more frequently than the up thrust.

That’s all for the gameplay UI. Next time we’ll probably discuss the actual gameplay control experience.

I played Lunar Lander (1979, Atari coin-op) for the first time just a few years ago. It made a big impression on me and ever since, I have wanted to make a game like this.

In Lunar Lander, you try to safely land on a craggy planet before running out of fuel by rotating your ship and thrusting in the desired direction.

Gravitar focuses on flying through caverns and shooting at targets while saving prisoners. It’s very difficult and even has a level where you fly around a planet with gravity pulling you toward the center of the screen. 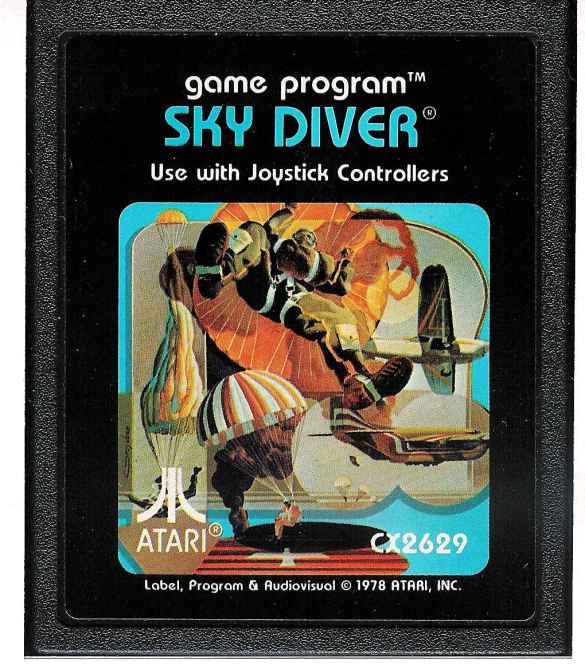 Time your jump out of a moving plane and pull the ripcord before hitting the target in Sky Diver. Points are scored based on the accuracy of your landing. You have limited steering ability once your parachute is open and must take wind speed into account. 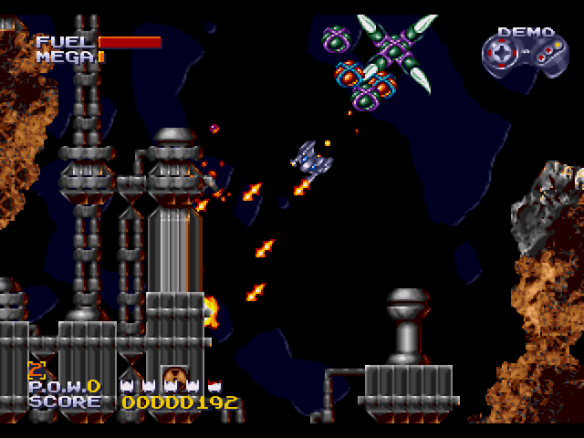 I love Sub-Terrania! Fly around a map using lander-style controls, shoot enemies and save prisoners-but with a snazzy soundtrack and nice presentation.

What does Tappy Lander borrow from these games?

What does Tappy Lander do differently?

The next post will probably address controlling the game and UI. See you then!