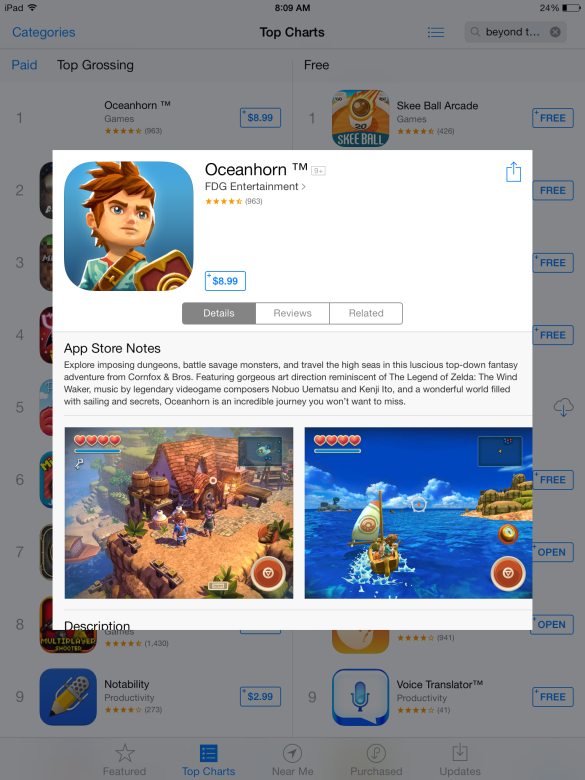 I just wanted to share a photo I snapped this morning on my iPad. This is the current top grossing app iPad app on the App Store. It costs $8.99.

iOS 7 is a 3D operating system and the latest iOS chips are 64-bit. I believe that Apple is positioning their tablets, phones and future items as a true replacement for many gaming consoles and PCs used for work and play.

Look at the quality of some of the 3D titles available on the App Store. Playing them on your television with a controller is just an update away. From there, maybe it won’t be long before I can start working with Photoshop or Illustrator powered by a tablet or Apple TV.

As hard as it is to imagine, PCs could be replaced in the next decade and hopefully, it will be with something better–something we haven’t thought of yet.